Marie-Pierre Golinelli is a CNRS Director (DR2). After graduating in Chemistry, she did a PhD in Biochemistry under the supervision of Dr J. Meyer (Grenoble) and started to study Fe-S proteins. After 2 years with Prof Sheila S David (U. of Utah, Fe-S protein involved in DNA repair, MutY) and 2 more years with Dr Stephen Hughes (National Cancer Institute, NIH, reverse transcriptase from retroviruses), she was recruited in 2001. She was studying aminoacyl tRNA synthetases and cellular traficking by combining biochemical approches with cellular biology. In 2013, she joined the ICSN. She looks at Fe-S proteins focusing more on the NEET family, proteins acting as redox switch in mammalian cells. Member of the SFBC, SFBBM, COST Fe-S and FrenchBIC. Fe-S et du FrenchBIC. (CV)

eng-Er Huang is a CNRS senior researcher. During his early career as hematologist in Shanghai (China), he made a key contribution to the discovery of therapeutic effect of all-trans retinoic acid in the treatment of acute promyelocytic leukemia through induction of differentiation. In 1993, he obtained a PhD degree from the Université Paris-Diderot under the supervision of Dr. Francis Galibert. After a postdoctoral training, he joined CNRS as a junior researcher in 1995. From 2002 to 2005, he worked as a visiting scientist in the laboratory of Prof. Richard Kolodner at Ludwig Institute for Cancer Research at San Diego (California). Supported by a CNRS ATIP program in 2005, he created a new research team in the Institut Curie and led the research projects for better understand oxidative stress-induced genome instability and cell death, and redox-based mechanisms of anticancer molecules. He has joined the ICSN since 2020 in order to constitute a strong group that work on several aspects of redox biology. In this new scientific environment, he is continuously focusing on exploiting oxidative stress- and redox-based anticancer therapeutic strategy in leukemia, breast and lung cancer models.

Olivier Guittet is an assistant professor at Université Paris-Saclay. Ha has gratuated in biochemistry and molecular biology before obtaining his PhD degree at université Paris-Sud under the supervision of Dr Michel Lepoivre. He focused on the regulation by nitrogen oxydes of ribonucleotide reductase (RNR), an essential player in deoxyribonucleotide precursors of DNA. He has then studied the transcriptional regualtion of RNRs in Pr Lars Thelander’s group (Umeå University, Sweden). At université Paris-Sud in Michel Lepoivre group he then worked on redox signalling, first by exploring the role of RNRs in resistance to oxidative ans nitrosative stresses, and then on the co-operation between TGF and p73 (a member of the p53 tumor suppressors family) in the regulation of inducible NO synthase expression. He has joined ICSN from 2020 where his interest is on TGF-p73 cooperation in control of redox signalling in the context of fibrotic pathologies. As an assistant professor since 2008, he teaches cell biology at the Licence and Master levels.

Michel Lepoivre  is a Research Director at the CNRS. He has a strong expertise in the field of redox signaling and oxidative stress. After academic training in biochemistry and enzymology, he completed his PhD thesis in the laboratory of Jean-François Petit at the University Paris-Sud, where he studied the anti-tumor properties of activated type I macrophages in relationship with the production of reactive oxygen species by NADPH oxidase 2. After his recruitment at the CNRS in 1986, he began an in-depth investigation of the cytotoxicity of macrophage-derived nitric oxide (NO), focusing more specifically on the inhibition by NO of ribonucleotide reductase (Rnr), a crucial enzyme crucial for DNA synthesis and tumor cell replication. During this period, he also developed collaborative works with chemists to discover new nucleoside analogues inhibiting Rnr, a pharmacological target for anti-cancer and anti-viral treatments. Appointed Research Director in 1997, he began to manage a research team at Paris-Sud University in 2005. Since 2009, he has been interested in the functional interactions between NO and p73, one of the three members of the p53 suppressor family. In particular, he unveiled a synergy between p73 and TGF-β in the downregulation of the NOS2 gene encoding inducible NO synthase in fibroblasts. In 2020, he joined ICSN to study the role of p73 in the production of reactive oxygen species dependent on the TGF-β signaling pathway and involved in fibrotic pathologies.

Sylvie Riquier is an Assistant Engineer in biological techniques. Her work expertise covers biochemistry of proteins, proteomics to cellular biology.

Laurence Vernis is a Research Scientist at INSERM. She received a Master Degree in Agricultural Sciences from the National Institute for Agricultural Sciences (INAPG) together with Paris Sud University, and received her PhD in microbiology on the study of autonomously replicating plasmids in the dimorphic yeast Yarrowia lipolytica. After two post-doctoral positions working on secretion and DNA replication using various yeast models, she was appointed  by INSERM at the Institut Curie in Orsay, focusing on DNA replication and genomic instability. In 2020, she joined ICSN to study redox regulations of genomic instability in a dedicated scientific environment. 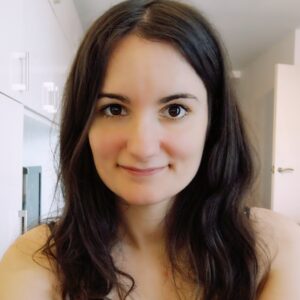 Cindy VALLIERES completed her PhD under the supervision of Brigitte Meunier (I2BC, Gif-sur-Yvette) in 2012. Her PhD project focused on the complex III of the mitochondrial respiratory chain. She then joined, as a research fellow, Pr Simon Avery’s lab (University of Nottingham, UK) where she elaborated novel antifungal strategies and started to develop a strong interest in Fe-S proteins as therapeutic targets. In 2020, she was recruited as a senior research scientist by the startup Phenotypeca based at the Biodiscovery Institute and BioCity in Nottingham. After obtaining a Marie Sklodowska-Curie Fellowship, she joined the ICSN to pursue her work on Fe-S proteins. She is studying the functions of the mitochondrial ferredoxin and the molecular mechanisms underlying its biogenesis in order to provide a better understanding of this essential protein and to establish its potential as a new antifungal target.