We are interested in different aspects of organic synthesis with a strong attention on the development of new synthetic methods. A major target is the rapid construction of complex structure from simple, readily available starting materials to optimized atom-, step- and redox- efficiency. These materials should be readily obtainable not only in quantities in low prices but also in structural diversity.

We explore the use of molecular oxygen as oxidant ; iodine, iron as well as their simple salts as catalysts.

A strong attention has been focused on elemental sulfur as a versatile tool for organic synthesis. This choice is justified by the following points :

Oxidation, reduction, building-block and catalyst are among its most important chemical behaviors. In general, this element can exhibit many reactivities in a given transformation. 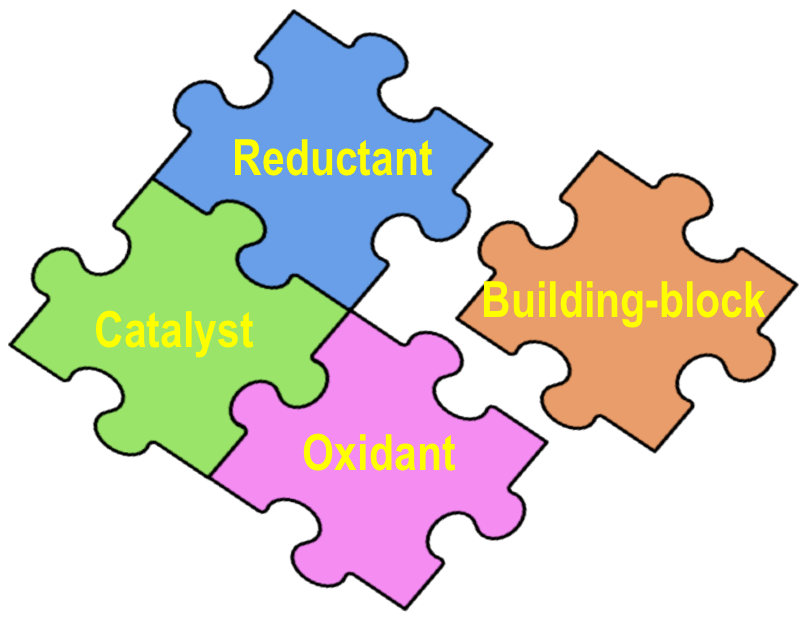 Its chemical properties were summarized in the following review and account :

The following scheme resumes some new reactivities developed by our group : 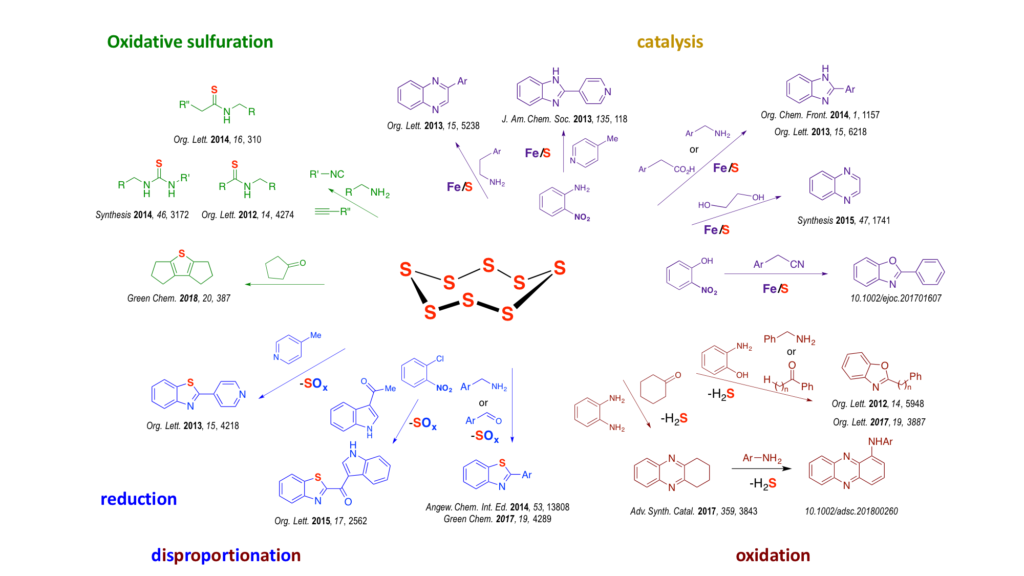 It should be noted that the reactivity of elemental sulfur can be dramatically modified by simply changing the reaction conditions. In the following example, by changing the base that acted as sulfur activator, different sulfa heterocycles were obtained from a single 2-nitrochalcone starting material. In these transformation, the nitro group could act as an oxidant nitrogen precursor or as a leaving group. In both cases, the reactions were performed without any added transition metals.