We are interested in different aspects of organic synthesis with a strong attention on the development of new synthetic methods. A major target is the rapid construction of complex structure from simple, readily available starting materials to optimized atom-, step- and redox- efficiency. These materials should be readily obtainable not only in quantities in low prices but also in structural diversity.

We focus on the use of molecular oxygen as oxidant; iodine, iron as well as their simple salts as catalysts; and elemental sulfur as a direct sulfur building-block for organosulfur compounds.

Specifically, we target the application of simple and practical reaction conditions: Simple heating and simple mixing in standard glasswares. We strive to develop more straightforward synthetic sequences to maximize atom-, step-, and redox- efficiency with a particular attention on elemental sulfur. 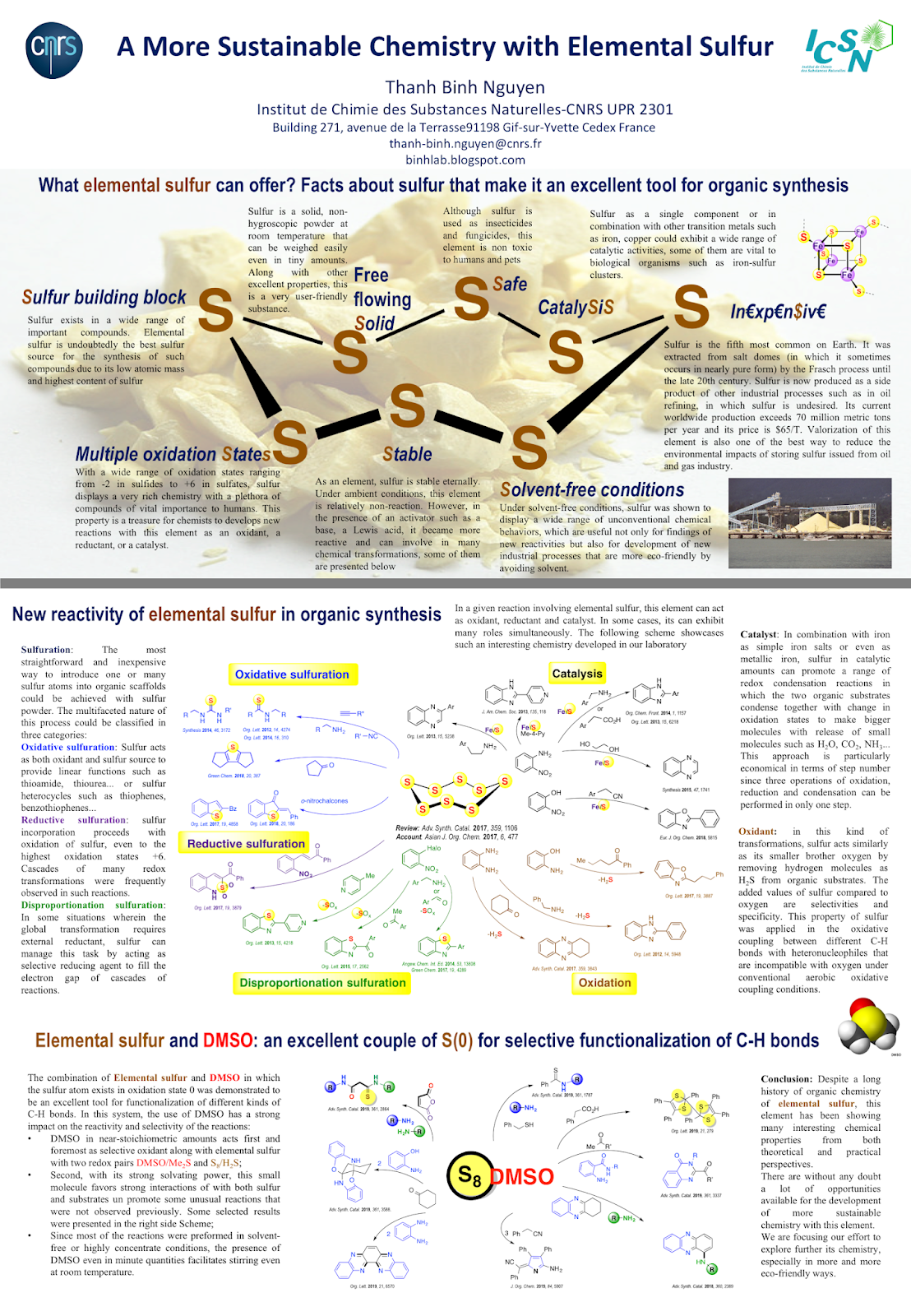 We target the development of new methods using directly elemental sulfur as a sulfur building block for multicomponent redox reactions. This strategy allows the access to a wide range of sulfur-containing compounds, including thioamides, thioureas, and benzothiazoles. Elemental sulfur is an excellent candidate for such transformations due to the following reasons:

– Polyvanlent: sulfur, beside its role as buiding-block, can act as oxidizing and/or reducing agent

Simultaneously, we seek to develop new catalysts for redox condensation reaction in which an oxidizing reaction partner condenses with a reducing one, leading to a condensed product without prior redox step. As a representative example, a classical approach these compounds consists in condensing 2-amino/hydroxy anilines 4 with a carboxylic acid or derivatives 5. This approach, although extensively used, cannot be considered as an atom economical transformation because both of the starting materials are usually obtained by two opposite reactions:

(i) anilines 4 from the reduction of the corresponding nitrobenzenes 1 (6e– transfer);

(ii) carboxylic acids 5 from the oxidation of their lower oxidation degree parent compounds 2 such as aldehydes, primary alcohols or even methyl derivatives (2e–, 4e–, or 6e– transfer respectively).

A catalyst capable of effecting a direct hydrogen transfer from 2 to 1 would be highly desirable because three processes oxidation, reduction and condensation are carried out in only one operation. 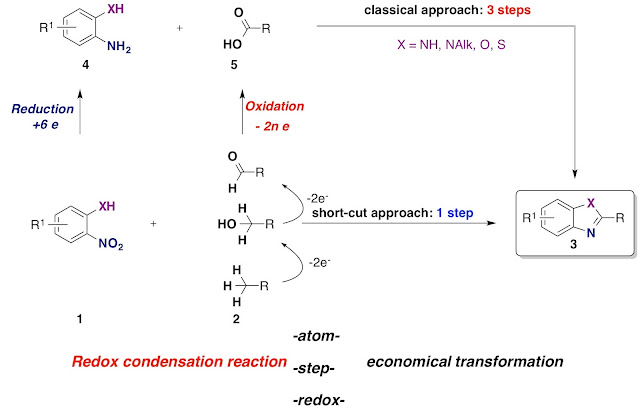 The bio-inspired Iron-Sulfur cluster catalyst were among our first tool for such transformation.

Nature has used this kind of catalyst in a wide variety of enzymes for a wide range of redox transformations: carbon metabolism, nitrogen fixation, photosynthesis, hydrogenation… Its role can be compared to a capacitor in an electric circuit which can store and release reversibly electrons in function of external voltage, thus serve as electron transfer catalysts. These clusters can be formed by simply mixing elemental sulfur and metallic iron as well as their simple salts.

Guanidine is a frequently encountered motif in marine natural products issued from marines sponges. Such compounds are widely reported to exhibit a wide range of interesting biological activities.

We strive to find new practical methods for direct incorporation of this moiety into carbon skeletons. These methods can be applied to the syntheses of simplified analogs of benzosceptrins, natural products isolated by our group which are interesting synthetic and bioactive targets. 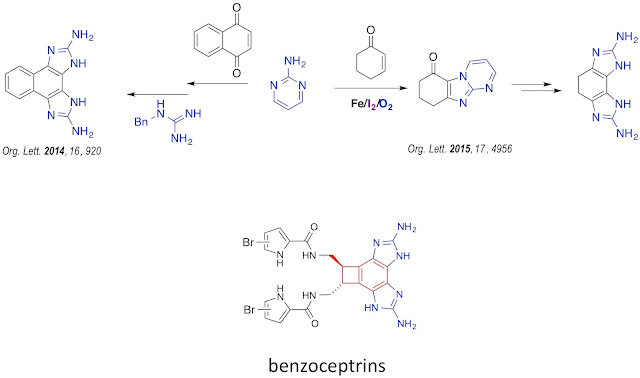